On Monday I went to Air Studios (total squee - do people even say that anymore?) to meet John Webber and begin mastering the two albums I've been working on for what seems like an eternity. 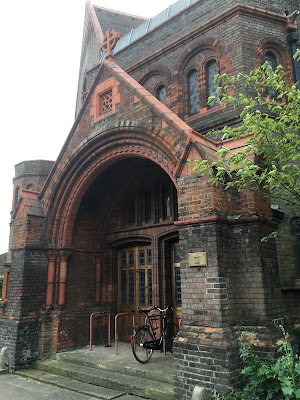 What a place it is!  I haven't been for years.  I'd forgotten how much I love it.  I worked in Lyndhurst Hall on a number of films with George Fenton (including Valiant) and in Studio One on Doctor Who and I Want Candy with Murray Gold.  Some great memories came back, including a funny incident with a Swanee Whistle...

John is properly lovely, as is his assistant Cicely.  The set up is, unsurprisingly, rather impressive.  So much hardware to drool over. 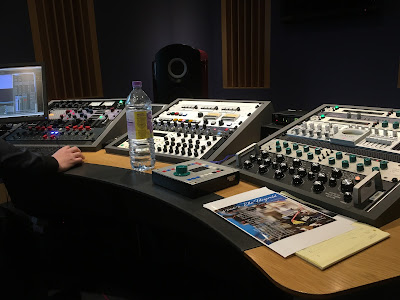 I'm not planning vinyl releases but on seeing their vinyl cutter I was so tempted.  It just looks so cool! 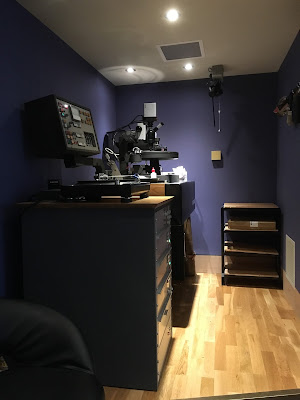 I could have stayed there all day but I only popped in to give John an idea of what I wanted from the mastering and I had to get home to the dog.  Luckily he is incredibly talented and very sensitive to the music.  I have no idea what he was doing but within the space of an hour both albums had the basic sound the mastering would add. I could instantly tell that it was going to make a difference.  Because Joe Rubel had done such a great job of mixing I think John could instantly see what was needed. 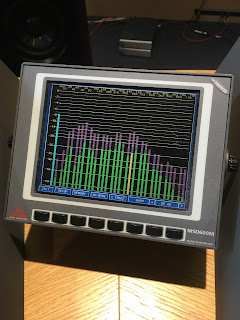 Once John had an idea of what I was looking for I left him to it.  Later that evening I had an email with a link to the files!  I listened the next day and my oh my what a sound.  They sound like actual albums you'd buy in a shop.  John has just given them a little boost, opened them out and helped everything have an added space and depth.  Joe's fantastic mixes in combination with John's sensitive mastering have made them sound fantastic.  I really can't wait to release them.  I've set up a meeting with my publisher and as soon as we have a game plan I will blog about it and I'll be shouting very loudly when they are release. Very loudly.
Posted by Unknown at 19:50 No comments: